The installation of 200 metres of sheet piling was the final piece of enabling work before permanent works can begin. The site team completed the work ensuring that vital utilities in the area – including a Thames Water Main and UK Power Network cables – were unaffected.

The Victoria Road Crossover Box site is located to the west of where the new superhub HS2 Old Oak Common station is being constructed. The huge underground box structure being built will house a crossover track mechanism that will allow trains to switch between tracks, up to a design speed of 62 mph, on the approach and descent from Old Oak Common station. 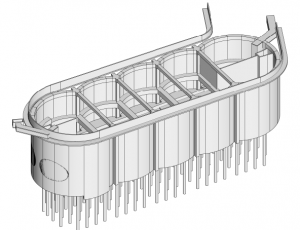 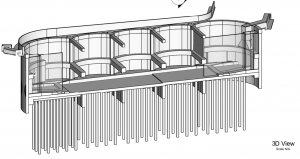 The box will be 130 metres in length and 24 metres deep, complete with 1.5-metre thick walls constructed by diaphragm piling method, with top and intermediate levels of reinforced concrete props. The base slab of the crossover box will be supported is supported by 77 piles (44m) which will be installed 20 metres into the ground below the slab level.

The crossover box will:

The site at Victoria Road is also currently being prepared to launch the Northolt Tunnel Boring Machines which will bore 3.4 miles north west, as part of the construction of HS2’s 8.4-mile Northolt Tunnel.

The site will also be home to the Victoria Road Ancillary Shaft which will provide ventilation and emergency access to the rail line during operation. The shaft will have an internal diameter of 25 metres and will be constructed using pre cast rings at the top, and using a sprayed concrete lining technique at the bottom.