The contract for the first two giant tunnelling machines for London’s HS2 tunnels has been signed with main works civils contractor, Skanska Costain STRABAG JV (SCS JV) – a mark of the significant progress being made on the southern stretch of HS2.

The tunnel boring machines (TBMs) are being built by German company Herrenknecht and will be delivered to the site in the UK by the end of 2021. They are being designed and manufactured specifically for the London clay and chalk ground conditions they will bore through. 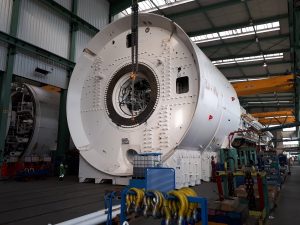 The London tunnels for HS2 are twin bored, and will be 13 miles each way and, with a combined total of 26 miles, the HS2 London tunnel’s will be the same length as Crossrail 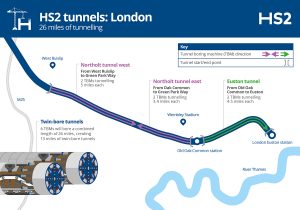 This programme of tunnelling between central London and the M25 will be undertaken by SCS JV. Overall there will be 10 TBMs purchased to construct the 64 miles of tunnelling along the HS2 route between the West Midlands and London. 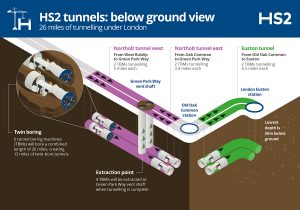 The London tunnels will begin just outside of Euston station and will be below ground until they emerge in West London at Old Oak Common station. The route will continue underground from Old Oak Common to the outskirts of West London.

We welcome the announcement of the HS2 rolling stock contract to the Hitachi/Alstom JV as a huge step forward for the project. The contract will see the construction of the first 54 HS2 trains at factories Read more…