2019 was a critical one for HS2. There has been increased scrutiny of the project, culminating in the Government’s announcement of the Oakervee Review at the end of August, which dominated our end of year activity. Here we set out a year view of the variety of activities we have undertaken to make the case for HS2.  There have been a number of substantial achievements, which have taken the form of events, media, thought leadership and political engagement.

Conservative Home Op-Ed from HSR Group Director John Downer on why without HS2, Britain has no strategy to grow regional economies.

Yorkshire Post Op-Ed from HSR Group Director Will Roberts on why HS2 is a vote of confidence in the North which must not be stopped. 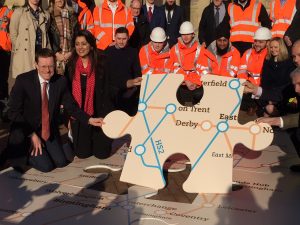 New Civil Engineer cover HSR Group expertise Item published in NCE, looking at how HS2 has been used as an exemplar project to developers of V4 High Speed Rail project, and the role played by key HSR Group delegates.

North Wales MPs dinner with Mersey Dee North Wales APPG. Engagement with important group of cross- party MPs who are linked to HS2 via Crewe Hub, representing an industrial heartland covering nearly one million people that could benefit from the HS2 supply chain.

Times Red Box Op-ed from HSR Group Director Will Roberts on why opponents of HS2 lack belief in Britain’s ability to deliver.

City AM Op-Ed from HSR Group Director John Downer arguing against the question ‘Is it time to accept the sunk cost and scrap HS2?’

‘Why Britain needs HS2’ published restating the case for HS2 and highlighting why the scheme is essential to solving the UK’s North South divide. Press coverage included op-eds from HSR Group Director Jim Steer in the Yorkshire Post, Northern Echo (print) and Birmingham Mail (print); along with an op-ed from two key line of route Labour MPs on Labour List.

Oakervee submission HSR Group submitted response to Oakervee Review, detailing the key reasons HS2 must be completed in full, all the way. Coverage of submission letter in the Financial Times (print).

Apprentice photo call with Apprentices from across the HSR Group membership in attendance, letter from Apprentices on ‘HS2 our future’ handed into Department for Transport. Coverage across trade media. 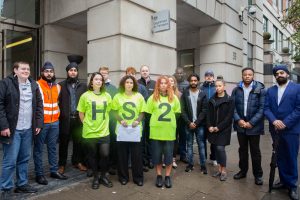 ‘HS2 North West’ Voices published with contributions drawn from business, politics and the public sector, across the North West of England. Set out core arguments for HS2 in the region including capacity, connectivity, business growth and export power, housing development, tourism, the environment and NPR. National coverage, including cross- party MP op-ed in Huff Post and story cross Business Live.

‘HS2- towards a zero carbon future’ report published detailing the importance of HS2 to achieving net zero emissions, and engendering modal shift from road and air to rail. National coverage, including in City AM, significant trade coverage, along with op-ed from HSR Group Director Jim Steer.