HS2 Ltd has been granted planning permission by Birmingham City Council for two viaducts which will take the new high-speed railway into Curzon Street Station in the city centre. 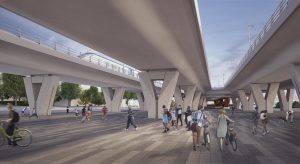 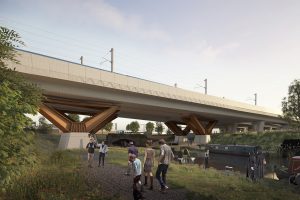 The viaducts are being designed by a Design Joint Venture of Mott MacDonald and Systra and architects Weston Williamson + Partners, all working for HS2’s civils contractor Balfour Beatty VINCI joint venture. A number of design refinements have resulted in a shorter construction programme and less concrete needed to build the viaduct, bringing positive environmental and community benefits.

“BBV and the DJV design team have brought their global expertise to tackle the significant engineering challenges involved in fulfilling HS2’s design vision for this iconic structure, which will provide a catalyst for social and economic development. This landmark milestone for the programme has only been made possible through the ‘one team approach’ facilitated by HS2 with Birmingham City Council, whose critical input and collaboration has enabled this achievement.”