Excavations undertaken on the HS2 site at Coleshill in Warwickshire have revealed one of the best preserved late 16th century gardens ever discovered in this country. During archaeological investigations, the remains of Coleshill Manor and an octagonal moat were originally picked up by air photography. As excavations progressed, the remains of a massive garden dating from the decades either side of 1600 were discovered, alongside the impressive manor house.

The house was owned by Sir Robert Digby, and experts now believe that after marrying an Irish heiress, he built his home in the modern style, along with huge formal gardens measuring 300 metres from end to end, to show off his new wealth and status. 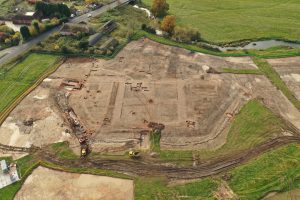 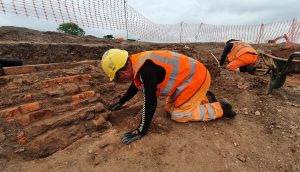 Entirely unknown before, the preservation of the gardens is exceptional, with well-preserved gravel paths, planting beds, garden pavilion foundations and ornaments organised in a geometric pattern. The site has parallels to the impressive ornamental gardens at Kenilworth Castle and Hampton Court Palace.