Working in partnership with youth charity the Prince’s Trust,  HS2’s construction partner for West Midlands and Warwickshire Balfour Beatty VINCI has pledged to provide 30 Kickstart placements this year as part of its ongoing commitment to support young people from the local area into work. The partnership also aligns with the Prince’s Trust’s aim of getting 1,000 young people enrolled onto Kickstart programmes in 2021. 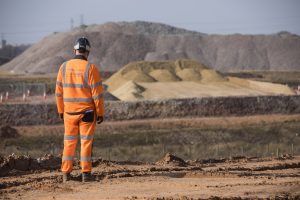 Kickstart is a Government funded initiative aimed at creating job placements for 16 to 24-year olds who are on Universal Credit and at risk of long-term unemployment. It forms part of the Government’s Plan for Jobs campaign and is designed to support those who have been adversely affected by the pandemic. Placements are for six months and participants are paid a salary equivalent to the National Minimum Wage or the National Living Wage.