Published by Deborah on 12 February 2020

No major project has ever been subjected to as much scrutiny as HS2, and this is right and proper given the public money being spent. But having had leading experts analyse HS2 for the last six months, the Government has rightly concluded that going ahead with the project is essential for their vision of ‘levelling up’ Britain and delivering a transformation of regional economies across the country.

With the decision taken, the industry’s focus must now be on delivering every penny of that public investment as efficiently as possible and wringing every benefit from the project. Now the debate on whether to build HS2 has been resolved, we can focus on working together to make the most of it. From Japan to France, China to Spain, high speed rail has transformed countries across the globe. Now we invite the whole country to work together on the shared national endeavour of using high speed rail to transform Britain too.

Following this decision, the next formal step in HS2’s progress is for the Government to issue Notice to Proceed (NTP), which would enable major construction works for Phase 1 of the project to begin. HSRG is calling for Notice to Proceed to be issued without any further delay.

The HSR Group has always supported the delivery of HS2 in full as the first step towards the longer-term creation of a national high speed rail network reaching all parts of Britain. We view the key benefits of HS2 as including: 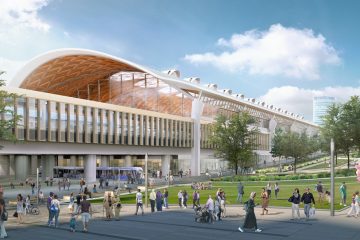